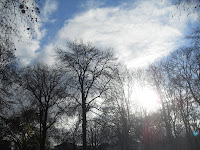 Saturday night back in ever-salubrious Stockwell (an old hunting ground of mine), and I'm in the Grosvenor on Sidney Road, one of those neat and largely unruined pubs that always make me feel a little more... clubbable. Last time I ventured here, 'twas to see the ever-mighty Horowitz, and a cheery indie atmos thus prevailed, but tonight the vibe is very different: it's 90% a black-clad metal crowd, 9% bemused-looking old man locals, and then me.

The girl handing out flyers won't condescend to offer me one, remarking "you don't look like you listen to Gorgasm" as she swooshes by. I'm hurt: I could explain that, fair enough, I don't actually listen to Gorgasm, because at the moment I'm more into strains of grindcore, the hardcore end of powerviolence and maybe a little bit of deathgrind rather than Gorgasm's entertaining and earnest but um, pedestrian goregrind, but what she *really* means is that I'm not wearing appropriate "uniform" (partly this is because I've come straight from a kids' birthday party) and so I can't be one of them, with my lack of long hair and band t-shirt and visible tattoos and piercings, and perhaps she thinks I'm sitting here in the Grosvenor tonight labouring under the illusion that I'm about to see Coldplay or something.

It's disappointing, because over all those years of turning up to gigs in suits I'd found "metal" (for want of a better word) crowds most accepting of all, more so even than indie-pop, but now I feel a little lost and left out. The whole point about metal is that it's not cool, it's never been fashionable, and it should never be about "fitting in": surely that would defeat the point, its attraction for those who *don't* fit in, who sit awkwardly with musical conformity ? I sigh inwardly, nurse my Amstel and make a mental note to step up my support of the ongoing battle against false metal. Luckily, Wormrot are playing tonight, and they will soon be raising my spirits sky-high, largely by virtue of proving that they are the best band in the world right now.

When the set begins, there are barely 40 or 50 people in the room. I suspect in part this is because the Grosvenor must be one of the most thickly soundproofed venues in town: from the front of the pub you can't hear the racket created by even the loudest band in the back room only twenty feet away, so it's perfectly possible not to notice things have kicked off until your mates come to fetch you. Having slunk in, unwanted, from the bar my head start allows me to grab a decent spot, only a few feet from the stage, albeit right by the wall and being faced down by the huge speakers. Before too long though the room has filled, as punters sheepishly filter through from the main bar: the word is spreading, and it feels like a couple of hundred in here now. There's no room even for standing, so some clamber on to tables at the back. Front centre, a recognisable moshpit has been birthed, and it's a whirlpool of pure chaos, the kind of dancing that's pretty much indistinguishable from fighting. Hey, maybe I am too old and square for this after all.

Rasyid provides the noise: as lone guitarist in a bassless trio, much rests on his shoulders. For the half-hour or so of Wormrot's set, we mostly see the back of his shaved head, his body contorting and his fingers filling the room with peals of guttural, breakneck power-chordage while he keeps a weather eye on Fiti, the drummer and Rasyid's partner in creating Wormrot's juddering, cascading rhythms. Fiti is responsible for pacing proceedings, and *driving* the songs forward: orchestrating how they stop, start, canter, gallop, crash and then restart, normally all in the space of half a minute or so. He has an almost childlike demeanour, clearly enjoying himself hugely whilst he happily knocks seven shades of shelter from his drumkit. Arif sings: his growl may be primal, but his manner between songs is friendly and enthusiastic, with the shapes he throws onstage recalling Lee Dorrian or the young Barney Greenway. Fiti and Arif are both wearing Phobia T-shirts. Of this we approve.

The songs are... *the songs*. Joyous battering-rams of openly pilfered grind and bruising sweat-heavy breakdowns that charge out from the blocks and never labour. "Spot A Pathetic", "Talk Shit Holocaust", "Murder" (introduced as an "old song", it being from those dim dark distant days of 2009), "So Fierce For Fuck", "Principle of Puppet Warfare"... the hits *rain* down, including heartwarmingly healthy chunks from this year's album, "Dirge", a record which saw them break through from promising ("Abuse") to... well, very near perfect; that saw these unassuming young men furnish a stupefying and heady 25 tracks in 18 minutes and the only way I can portray the feeling as it first teemed and tumbled out of the speakers is that it was as if blossom hailed down, as if the falling leaves from London planes could swarm and almost suffocate you, as if the dancing summer breeze could surround and shake you, as if the early morning dew could rise to a torrent and topple you. "Dirge", as well as being the least aptly-named LP in world history, is an album which you must have if you're a lover of grindcore, or punk, or metal, or rock music, or possibly just of music altogether, and because of all the hype around Wormrot and the huge reaction to it, it's an album which you can *download for free* because so many thousand versions were ripped by tune-hungry kids around the world that Earache thought they might as well just give in and share the record's belligerent JOY with everybody. And getting back to this evening, Wormrot finish the same way "Dirge" finishes, with "The Final Insult", and it's a fitting denouement, a grandstanding instrumental to bring the mosh one last time. Arif shakes out his bottled water in triumph, and I'm proud to catch some on my brow.

Outside in the early autumn air, under a black sky, I can gather my thoughts. Now there are a couple of criticisms that can be fairly levelled at Wormrot, so let's acknowledge them (NB "that's not music, it's just noise" is not one). Firstly, that they're derivative. Well, yes: each ingot of their sound has been cast before, although they're frankly way too young to be Napalm copyists (they wouldn't have been born when "Scum" came out!) and they've actually been listening to Phobia, Magrudergrind and Insect Warfare, which musically must be closer reference points. But we would hardly like Wormrot so much - and to be honest they would surely not be quite so celebrated - if they weren't doing something great, and at least faintly original, with that template. The way they furiously compress the song arrangements, throw in some confounding humour, mix in hurtling punkish riffs (yes, TUNES!) and play with dynamics is, to my mind, pretty unique. Wormrot do use tried and tested building blocks, but create an architecture all of their own: this is "roots" grindcore, and you can't help but marvel at the economy of expression it distils.

The second criticism is that they're not overtly "political". As you know, this is one we would normally regard with more seriousness than most, dogmatic and po-faced as we are about the madly fucked up nature of this greed-swollen, empathy bypass world. Well, there are vague socio-political themes in some of Wormrot's songs, but clearly being from Singapore they can hardly bang on about Thatcher / Reagan / Bush / Blair in quite the way that US/UK bands we love might have done. Worse, if they did tilt into the platitudinous, they might lose the mischievous streak that helps make their songwriting so immediate, their Singlish lyrics so (deliberately!) entertaining. And - of course - there's a generational thing in this post-internet age, that newer bands of every genre seem less concerned about directly addressing social issues through their songs: some just "care about the state of their hair" and deserve censure accordingly, but I have faith that many believe that there are other, more meaningful ways to be politically engaged, and I suspect they may even be right. Perhaps I just need to get that mote out of my eye.

Any road up, the gig tonight has been a revelation, and we think about our reaction to that brilliant Insect Warfare record, and how we'd concluded it was - in a positive and natural way! - the death of music. And of course it transpires, not for the first time, that we couldn't have been more wrong: perhaps it was actually the beginning, and "Dirge" was its natural heir, the first in the line of new potentates. It was interesting to read what Digby Pearson, perhaps the godfather of grindcore, said about Earache (an oft-extollable label) signing Wormrot: for like him, we thought there was something different, something *genuine* about Insect Warfare and Wormrot as distinct from much that went before, and like him it was (the still-shiveringly thrilling) "Born Stupid" that made us really sit up and take notice of the latter.

Now I am a very lucky man: I've been to hundreds and hundreds of great gigs over the last 25 years. I've been privileged enough to see Rakim, Cube, P.E., the Go-Betweens, Brighter, Hood, Motorhead, Napalm, ENT, Nasum, Slayer, the young Mary Chain, the 80s Fall, KRS-One, Blueboy, Tramway, Bolt-Thrower, TBS, Wu-Tang Clan, the Windmills, Would-be-goods, the Wedding Present, Heavenly, Lock Up, even Comet Gain on a good night. But I have got to level with you right now and say that tonight - a gig that was exciting, crucial and a somehow everything-affirming pick-me-up - ranked with the very best of those.
Email Post
Labels: earache wormrot 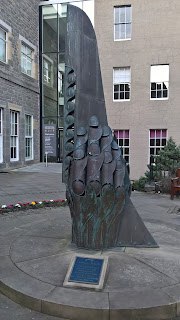